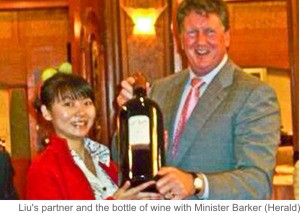 This week senior Labour Party MPs publicly rallied around their embattled leader in a choreographed show of support. The show of support is, of course, just a façade. Politics is politics. Privately those eying up his job will be sharpening their knives. Taking over the leadership now would be a hospital pass. The leaders in waiting will be picking their time, and that’s would be after the election should Labour fail on 20 September.

Labour problems go back well beyond David Cunliffe’s leadership. Its decision to return to trade union style politics of greed and envy was a strategic mistake that was always going to make its recovery difficult. New Zealanders nowadays are far more aspirational and they want their politicians to be far more human and nicer than traditional Labourites could ever be.

For months David Cunliffe has thrown bucket loads of cow manure at National over donations from donor Donghua Liu and cash for access innuendo. David Cunliffe has now had container loads dumped on him, and he’s come up smelling like a hypocrite.

Labour’s problems started with a claim that Donghua Liu had in fact also made a ($15,000) donation to the Labour Party and that David Cunliffe had sent a letter enquiring about the progress of Mr Liu’s residency application.

While that was bad, in itself the issue was not fatal. Much more of a problem for Labour are the claims published in the NZ Herald today that Donghua Liu also paid $100,000 for a bottle of wine signed by the PM Helen Clark. See Herald article HERE.

Instead of confirming the donation, to date, no-one within Labour is claiming any knowledge of the $100,000 donation – despite the Herald publishing a photo’s of Mr Liu’s partner being presented with the wine by then-Labour minister Rick Barker. The NZ Herald also reports Mr Liu “spent $50-60,000 hosting then-Labour minister Rick Barker on a cruise on the Yangtze River in China in 2007”.

We wonder if Mr Barker recalls such a trip and who paid for it? No-one believed John Banks when he said he could not remember taking a helicopter ride to visit the Dotcom mansion. No-one will believe Mr Barker if he too claims memory loss about a trip down the Yangtze. This clearly places the spotlight on a Labour Party minister and it’s fair and reasonable that Mr Barker should be asked to explain.

But the problems for Labour go far beyond Mr Barker. Labour claims to have no record of the $100,000 donation. $100k is a head-turning amount of money. It’s just not at all plausible that people at the most senior levels of the Labour Party at the time did not ask questions. “Who is that man? Can we hit him up for more?”

If the donation was made (and we have to take Mr Liu’s statement at face value that it was) then the most senior people within the Labour Party would have known about it, including then party president and bag-man Mike Williams.

Nowadays he’s a political commentator and has lots to say about politics. He needs to explain where the money went to reassure the public that it was not some money for access arrangement; the very thing they have accused National of.

The problem for Labour is it has now lost the moral high ground – it can no longer raise concerns about donations against any other party when its own house is not in order. Worse than that is the hypocrisy of the matter. It reinforces the view that the unlikeable David Cunliffe is also a wholesale hypocrite and nothing Labour says can be believed.

The Banks affair and the insinuations surrounding the Donghua Liu donations to both National and Labour highlight the murky area of donations for political favours. Have other parties engaged in this practice? Have list places been influenced by promises of donations? These are important issues of democracy that need to be addressed. 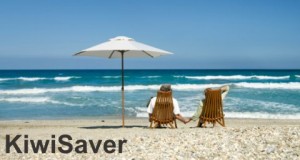 Last week Labour announced its plans to change KiwiSaver, should it become the government on 20 September. Part of the policy package was to make KiwiSaver compulsory. Bill English replied by saying it makes no sense because of the numbers that have joined voluntarily, and the number of
exemptions Labour has proposed would bring those enrolled to more or less to where they are today.

Bill English is right, but there may be more to Labour’s proposal. What they have not disclosed, and will not disclose, is what may happen next, some ten years down the track.

“Capitalism and communism stand at opposite poles. Their essential difference is this: The communist, seeing the rich man and his fine home, says: No man should have so much. The capitalist, seeing the same thing, says: All men should have as much.” – Phelps Adams

Last week we asked: Do you think the government should provide further funds to Team NZ to fund the America’s cup?

You certainly had plenty to say on this issue – the most responses we have ever had to our polls.

As it happens, during the week Team NZ announced it had found suitable private sponsorship to remain in the campaign. We believe the Government was absolutely right to take its firm position that it was a private challenge supported by government, not the other way round.
Here are a few comments that reflect the respective views:

“It is a lost cause, a country this size cannot compete in the monstrous financial field that is required to participate. Sadly, the time has come where the NZ taxpayer has outlived its role in financial support.” David.

“No other country’s government sees fit to use its taxpayers’ money to finance this minor sporting event; not should ours. A loan is likely to be forgotten or written-off when it’s all over, so it would be far better to leave it to the sponsors.” Graham.

This week we ask: Do you agree that KiwiSaver should be compulsory?

To vote, visit www.5pm.org.nz and look on the sidebar.

Many thanks to those who have already voted in our current policy proposals which are:
“That MMP be abolished and replaced with First Past the Post.”

“That Section 19ZB of the Local Electoral Act 2001 be amended to include the public’s right to demand a binding poll where a council is proposing to grant voting rights to unelected representatives.”

“That a NOTA (none of the above) voting option be included on ballot papers in local and central government elections, with the effect that should NOTA gain the most votes, the election nominations would be re-opened and another election held.”

“Should foreign entities and foreigners (individuals who are neither New Zealand citizens nor permanent residents) be taxed 10% of the value of New Zealand property purchases with the funds raised being offered as low interest loans to NZ resident first home buyers?”

Votes may be cast at the Voting Booth on the 5PM website HERE.

We have posted all of your Team NZ comments on the 5PM Facebook page HERE.

Please don’t forget to tell others about 5PM an help us spread the message!

Frank and Muriel Newman
P.S. Please feel free to pass this newsletter on to others!